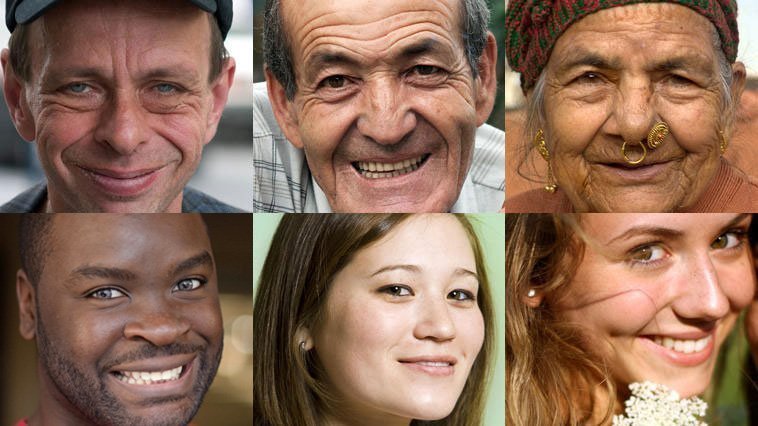 “Happy” isn’t just the contagious Pharrell Williams song that later made him cry to Oprah Winfrey. It’s also a state that can be achieved at — gasp! — work.

We all know we’re an overworked country, especially compared to our European brothers and sisters. In fact, each year, full-time workers in this country log a whopping 1,700 hours at their jobs versus fewer than 1,500 by their German and French counterparts, according to new economic data.

So why spend those hours hunched over in misery, squeezing a stress ball with Hulk Hogan-like force or passive-aggressively spreading rumors about the spineless guy in sales who’s surely out to get you?

Experts in a wide array of academic fields are not just studying happiness as a blanket topic but trying to unlock the secrets of achieving joy and Zen specifically while building a career. And professionals are becoming more committed to work-life balance as if that pursuit istheir job.

Here are 10 actions you can take to achieve a happier office mindset:

1. Maintain a Good Social Network in the Office — Just Be Sure It’s Diverse and Ample

The concept of the “work wife” or “work husband” is a longstanding one. Yet it’s not quite enough. Ben Waber, a research scientist and CEO at management consulting firm Sociometric Solutions, has proven that a robust set of work friends is key. This tight-knit circle allows you to vent, which, in addition to being a relief, can do long-term good. Waber studied, of all things, the size and makeup of lunch tables at companies. Bigger is slightly better. It’s also imperative not just to befriend others in your office who are “mini-yous.” Change it up — whether these peers are different because of race, title, ethnicity or gender.

Speaking of Oprah, the talk show host years ago touted these daily recordings of satisfaction as a worthy pursuit. They still are, especially if you include work triumphs as part of the list of items for which to be grateful.

3. Take a Page from Jerry Maguire — Help Me Help You

Helping people is nice and the way we’re supposed to conduct ourselves in order to be, you know, moral, functioning humans. But exercising some altruism also has some tangible impact on happiness levels, scientists from the University of Wisconsin-Madison say.

“Altruism is not a form of martyrdom, but operates for many as part of a healthy psychological reward system,” Prof. Donald Moynihan said in a recent story about the studies. So, during a lull in your workday, volunteer to assist on someone else’s project. Give needed feedback to another. Hell, even pinch hit on a task that is in no way yours to pitch in on. It might complete you.

4. Keep Temps Cool — Even if Some Like It Hot

Researchers in Helsinki pinpointed the ideal temperature for productivity, and it’s 71.6 degrees. That means neither overload on air conditioning nor heat so that the vibe — and air flow — is cool.

5. Hang Your Hat and Stick Around for at Least a Spell — Or at Least Plan to Do So

The iOpener Institute, which studies people and performance, likes to compare the most and least gleeful workers to draw conclusions about the differences. One of the major factors is how long someone intends to stay at a position. Their research shows that the happiest employees planned to be in their roles for four times longer than their grumpy, demotivated counterparts. That doesn’t mean it’s necessary to actually stay for four times as long but to at least select positions that make you want to be there for some length of time.

6. Be a Business Owner — Or Embody Some of the Qualities of One

At least in the U.K., business owners, while possessing the most responsibility and the highest stakes, are also the most content members of the country’s workforce. Even if you’re not ready to set off on an entrepreneurial path, own some control over what you do professionally and have the same purpose that the head of the shop would.

This isn’t a hippie-dippie suggestion to smile through it and stay upbeat. Barbara Fredrickson has found tangible proof, in her research, that if workers put their attention on positive emotions, they can be expanded and reinforced. She calls it the “broaden and build theory.” In the office, hone in on that beautiful Powerpoint presentation and the pride that praise heaped on it brought. More pride will come.

Lock your door. Sneak into a hall closet or a stairwell. Whatever. Loosen up your body and mind, and take a quick break. Then back to work you go refreshed. It’s that easy.

Commuting is hell in a large and increasing number of cities. It’s gotten so bad that 5 million Americans say they’ve called in sick (I’d guess even more) simply because they couldn’t face the getting-there part of work. Cut back on the commuting, whether that means arranging a partial work-from-home arrangement or taking the trip in parts. No one wants to be bummed before even starting the workday.

10. Ring, Ring and Then Ring Again

Three times is the charm when it comes to how many times to let your phone sound off before answering. Sharon Salzberg, best-selling author about workplace happiness, says waiting those two initial rings out does one imperative thing: lets you breathe.